Vegetarian diet is part of Lorraine's secret to reaching 100

Pansy Lorraine Robson (nee Townend) was born at home on November 1st, 1919. Known as Lorraine, she was the fourth of seven children born to Randolph and Gertrude Townend of Wellington; however, she and youngest brother Brian are the only surviving members of the family.

In 1935 Lorraine began working as a shorthand typist in a clothing business before going on to attend Longburn College in Palmerston where she graduated from a Secretarial/Business Course in 1937. During her 2 years at Longburn, Lorraine worked part-time in the library and also became an assistant to the Principal.

On October 14th 1942 Lorraine married Private Edwin (Ted) Turner Robson and as a war bride she experienced the loneliness that many brides of that era endured. They were married for 45 years before Ted passed away in 1987 aged 79

Throughout her working life Lorraine held a variety of jobs including working as a secretary, shorthand typing teacher, shop manager and as a casual food demonstrator.

Lorraine has always had a passion for gardening and remains well known for her very neat and tidy gardens across the years. She also enjoys entertaining friends and family and has travelled on numerous occasions to visit family in Australia. One of her more memorable trips was to Norfolk Island which is a popular destination for Garden Tours.

A good Christian, Lorraine is well regarded for her caring and compassionate nature and she helped to care for her Mother for over 30 years.

Lorraine attributes her longevity to the fact that she doesn't smoke or drink alcohol and prefers vegetarian food.

She celebrated her milestone birthday with a High Tea for friends and family prepared by the Kerikeri Retirement Village staff. 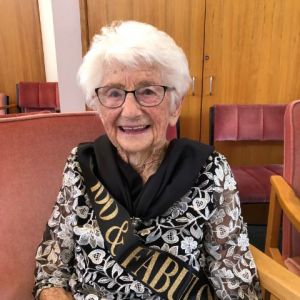 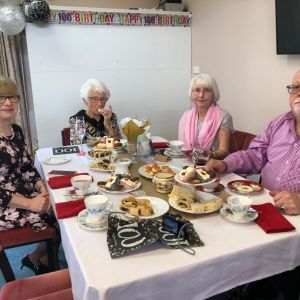 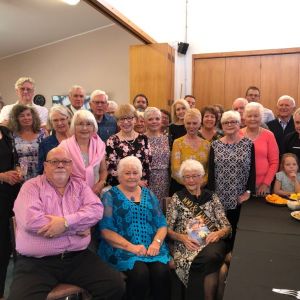 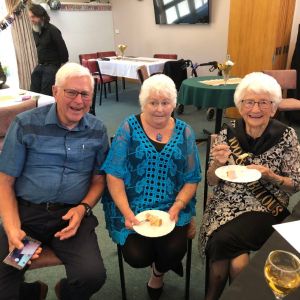