COVID-19 Update: the Village is operating under the COVID Protection Framework’s RED settings. More details here about what our ‘way of being’ is under these settings

Story by Peter DeGraaf of the Northern Advocate

One of Northland's last surviving World War II veterans has been awarded France's highest honour for his part in liberating the country from Nazi occupation.

Ray Tait, 94, was made a Chevalier (Knight) in the Legion d'honneur (Legion of Honour) in a ceremony at Auckland's Motat Museum. The Legion of Honour (full name Ordre national de la Legion d'honneur) was founded in 1802 by Napoleon Bonaparte. Membership is technically restricted to French nationals but it can be awarded to foreign citizens who have served France or its ideals.

The medal was presented by honorary French consul Etienne Moly under the wing of a Lancaster bomber, the same type of aircraft Mr Tait navigated in 36 perilous missions over occupied Europe. Mr Tait, who lived at Tapeka Pt in Russell until a few months ago, said he was surprised and "very honoured". "I feel very proud of it, I had no idea."

Hamilton-born Raymond Sinclair Tait joined the Air Force as soon as he turned 18. He was sent to Canada where he hoped to train as a pilot but his ability in maths meant he was trained as a navigator instead.

Once in England he was posted to 75 (NZ) Squadron, part of RAF Bomber Command. Aged just 20, he was a lead navigator tasked with guiding formations of bombers across Europe to hit oil refineries and factories in the Ruhr Valley, Germany's industrial heartland, and back to England - if they survived the anti-aircraft fire and attacks by fighter planes.

Mr Tait became known for his cool head and ability to keep calculating a course while under attack. The pilot was another young Kiwi, Martin Kilpatrick from Taranaki, also exceptionally composed under fire. Their English gunners were just 18 and the bomber was 31.

Together the two Kiwis flew 36 operations or "ops". Airmen were usually shifted to other duties if they survived 30 ops; more than half of Bomber Command did not live to see the end of the war.

On two occasions two of the four engines on Mr Tait's Lancaster were shot out but they somehow managed to limp back to England, weaving through anti-aircraft fire all the way.

Even then he felt no fear, just an acceptance of what fate had in store.
"It made you grow up very quickly ... At one stage you sort of think, ‘Now it's over to you God'. I had complete confidence thereafter," he said.

He also remembers the bitter cold in the aircraft at 30,000 feet over Europe in mid-winter."But it all seems a bit of a dream now, that it actually happened."

The young Ray left New Zealand never having kissed a girl or got drunk. That soon changed. "I have so many different stories I wouldn't tell," he said.

One story he will tell is the time he "got the trots" before an op. He had to go to the toilet at 30,000 feet and was on the can when a Messerschmitt attacked, forcing the pilot to throw the bomber into a corkscrew dive to escape.

Mr Tait attributed his resourcefulness and composure during the war to a "marvellous childhood" in which he was allowed to roam freely and seek out adventure on the banks of the Waikato River.

When he returned home at 21 he bought a block of scrub at Putaruru and set about turning it into farmland, living in what was at first little more than a shack. He met wife Keitha at the first dance he went to. They were married for 70 years and raised two children, John (now living in Tokoroa) and Jenny (Maungaturoto).

In 1978 the couple moved to Tapeka Pt to indulge their love of sailing. They would spend weeks at a time sailing the Northland coast; when on land they put great effort into replanting the then treeless point. Mr Tait was also a lay minister at Russell's Christ Church.

He wouldn't recommend going to war to anyone - "war is totally unnecessary" - but he did have some advice to share. "Life is for living. Take the most out of it you can."
Mr Tait's other decorations include a Distinguished Flying Cross from the RAF for "acts of valour, courage or devotion to duty whilst flying in active operations against the enemy". 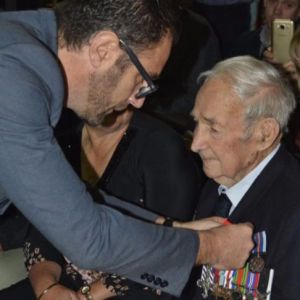 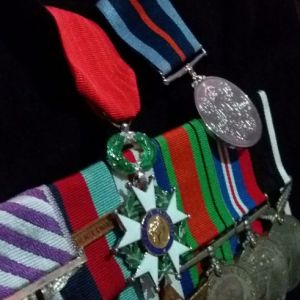