Gwen Barnett grew up in Birkenhead in Auckland with her 7 siblings.

She began playing the piano at just 4 years old and remembers winning a medal at a recital when she was about 12 years old.

After leaving school, Gwen was initially a sewing machinist before working in a toy factory.

She later met and married husband Ronald Webb and recalls the difficult years when he was in the Islands serving in the Air Force during the war. Happily, the couple went on to have 3 children and she considers raising them to be her greatest achievement.

The talented home maker is known for her knitting, sewing, and cooking abilities. A keen gardener she also grew vegetables for the family. Gwen has also been an enthusiastic sportswoman and particularly enjoyed playing tennis and lawn bowls. Travelling was another interest and she has been to Hawaii, Australia, Fiji, Norfolk Island.

Gwen attributes her longevity to lots of exercise and plenty of homegrown vegetables.

To mark her milestone birthday Gwen had a small party at the Village which her youngest daughter was able to attend. She also had online celebrations with her other children and their families in Auckland and Australia. 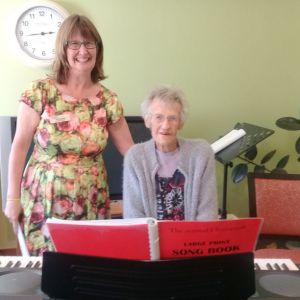 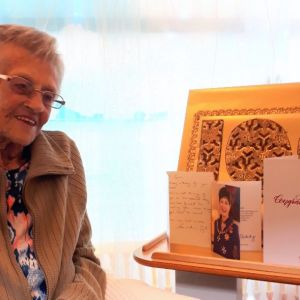 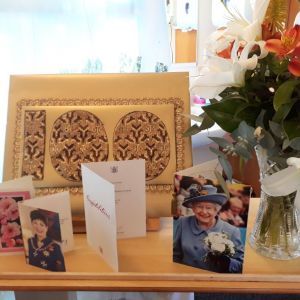 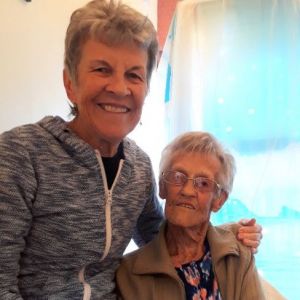 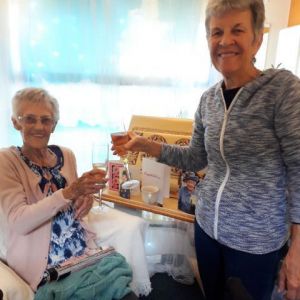