Selwyn didn't like a fuss but eventually local reporter Peter de Graaf of the Northern Advocate convinced him to share his story. Here's the article that ran soon after his 100th Birthday...

Selwyn Thompson turned 100 on Wednesday 13 May, 2015. Selwyn and his wife Lois have a cottage in the Kerikeri Retirement Village and still lead busy, active lives. Keeping active is one of the things Selwyn attributes to a long life. In his early years Selwyn worked for his Grandfather, who pioneered fruit growing in Auckland. The story goes that after some strawberries were damaged enroute to the market, the family began making jam in their copper. Demand for the jam grew and eventually led to a partnership with accountant Frank Hill. Their company Thompson and Hills Ltd produced the Oak brand of canned peaches, pears, apples as well as bottled marmalade, strawberry and plum jams.

Selwyn worked in every department developing a broad range of skills as the company diversified into new crops. At one stage he was the firm's Sales Rep driving round Northland in a 2 seater Chevy.

He went on to manage the factory and during the height of the season he employed 150 staff working both day and night shifts. He was very hands on, talking to growers and visiting their properties, overseeing quality control, problem solving when machinery broke down and he even got his Boiler Operator Ticket to ensure that the factory could always operate.

In 1965 when the Wattie brothers took over Thompson and Hills they retained Selwyn’s services making him their South Island Manager and eventually the Factory Manager of their new Christchurch factory. Nicknamed "Ajax” he was renowned for whipping round the factory at a lightning pace in his white lab coat.

After retiring at 60, Selwyn and his wife Lois moved north to Kerikeri and bought a small orchard in Access Rd where they grew tamarilos and mandarins.

The couple lived in a tent while building their house but after it was finished and he had some “spare time” Selwyn began helping out on his eldest daughter’s farm... mowing, picking, helping process the fruit, shifting the cattle and building stock yards.. His legendary enthusiasm has seen him give everything a go and he never sits still for long – as evidenced by the fact that his second retirement (from Mike and Pat's orchard) came just two years ago at age 98.

Selwyn's wife Lois passed away in January 2017 and he passed away shortly afterwards in March 2017. 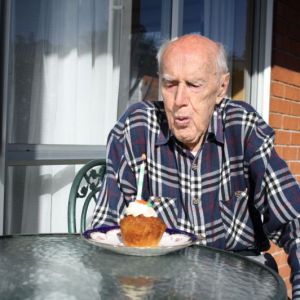 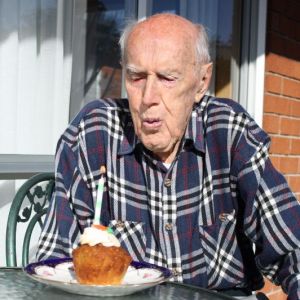 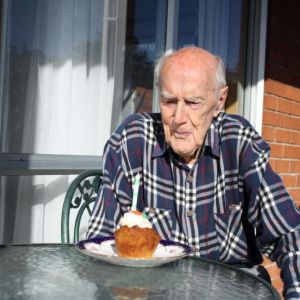 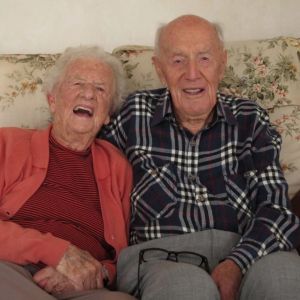